The Jefferson River is not all about fish numbers. The "Jeff" is about solitude with less angler pressure and a shot at a fish of a lifetime. Streamer, dry fly or nymphs are all successful techniques used on the Jefferson River.

The Jefferson is born near Twin Bridges, Montana, where the Big Hole River and the Beaverhead River merge together. 80 miles in length, the Jefferson makes its way through private farm and ranch land, to the confluence with the Madison and the Gallatin Rivers in Three Forks, Montana, forming the Missouri River. Fishing the Jefferson during pre-runoff is best – March, April and into May. The spring offers some incredible hatches such as March Browns, Caddis, Skwalla’s and Blue Winged Olives (Baetis). The late summer months into the fall can be productive with terrestrials such as grasshoppers, beetles or ants. In the Fall months of October and November, the “Jeff” can offer up big browns. Because the brown trout are more vulnerable during the pre-spawn period, they are willing to eat a streamer that is invading their space. If you’re looking for a scenic float away from some of the higher pressure rivers then consider a day on the Jefferson.

The Conditions at
Jefferson River Click here for the latest NOA Weather conditions and forecast 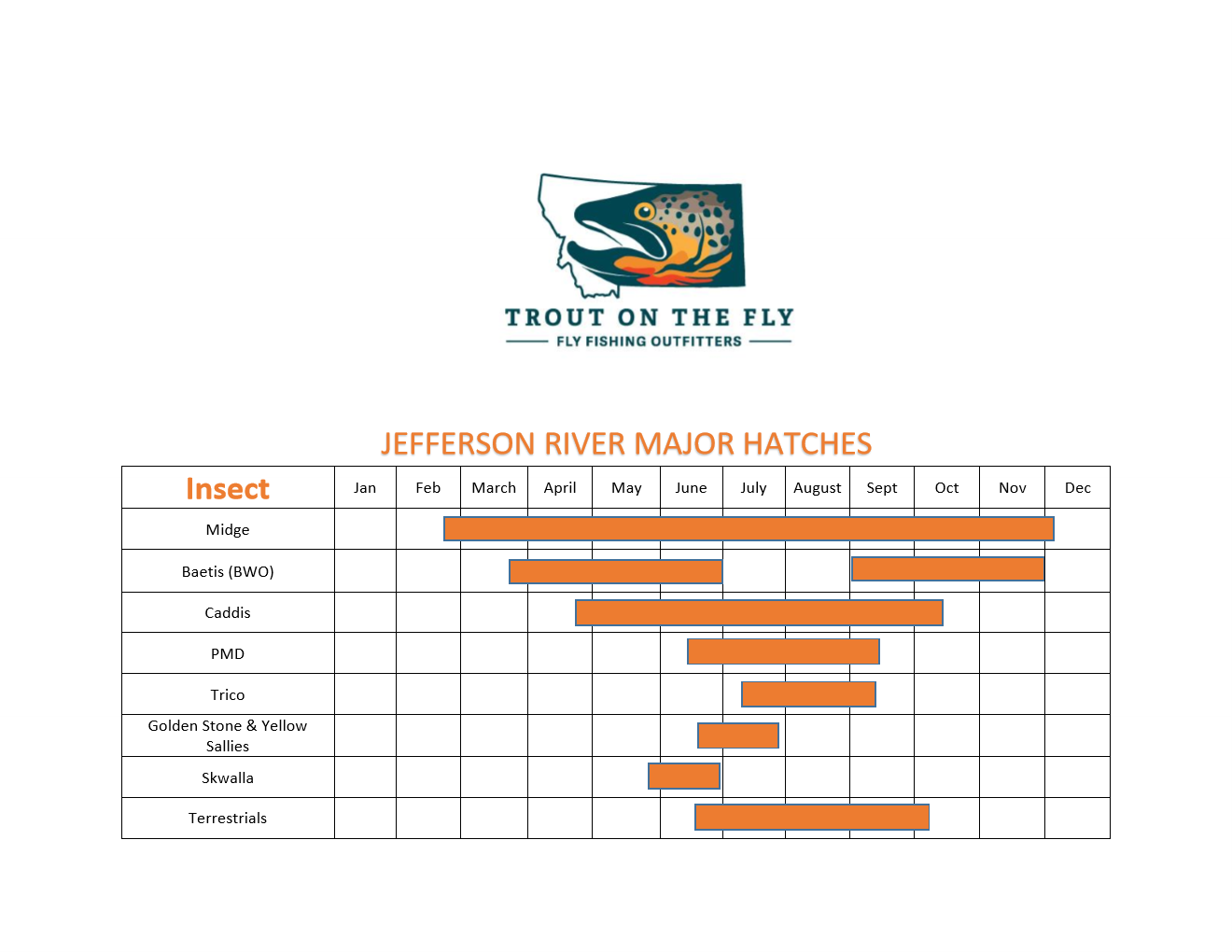